A Salute to Rodman Wanamaker

Let us take out of the plans the elaborate decorations that will cost over a million dollars and build up there over that gallery the finest organ in the world!

Mere size is not what I want. What I desire is beauty of tone and quality of workmanship, in short the finest organ in the world.

As long as I live we will continue to enlarge, improve and beutify it until it combines the grandeur of a great organ with the tone colors and beauty of a great symphony orchestra.

(For a biography of father John Wanamaker, please click HERE.)

Much has been written about merchant prince John Wanamaker, the public-spirited, self-made man who became Philadelphia’s second Benjamin Franklin. Scant attention has been paid to his son Rodman, despite his major contributions. Obscurity, however, would have suited, even pleased this quiet man. During much of his lifetime Rodman Wanamaker scrupulously avoided the press and gave strict orders for biographers to keep him out of the limelight. 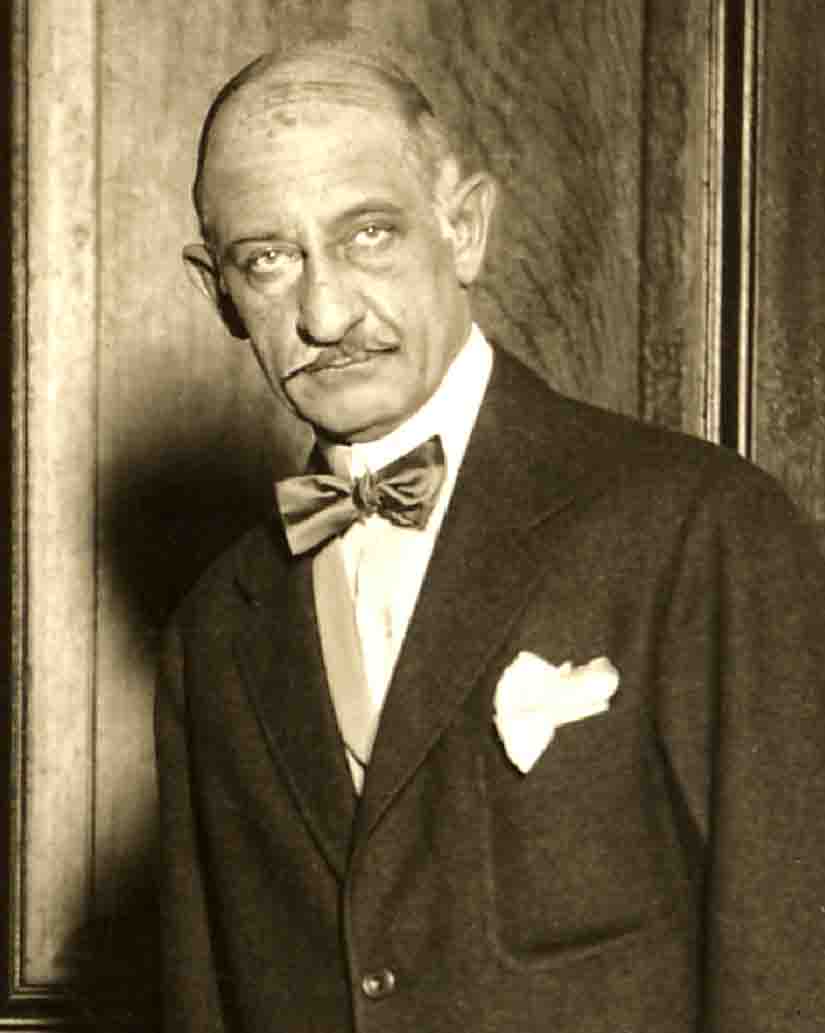 In many ways Rodman Wanamaker is equally as intriguing as his father, perhaps more so. While the senior Wanamaker focused his boundless vitality on making sure that his ever-expanding business empire ran like a well-oiled machine, the younger Wanamaker was committed to bringing art and beauty into the stores. His influence extended not just to finest merchandise, including pioneering imports of French fashions, but also in the richness of Store architecture, decor and music. This merchandising legacy, which continues to the present in the artwork that adorns Macy’s and in the holiday Light and Fountain Show and daily Organ presentations, became the hallmark of the Wanamaker empire and molded the Store into a distinctly Philadelphia institution of national reputation.

Rodman Wanamaker was the guiding force behind the enlargement of the Wanamaker Organ into the great monument of orchestral organ-building it is today. As in so many projects he undertook—the medieval-style Lady Chapel at Philadelphia’s St. Mark’s Episcopal Church, with its breathtaking silver altar; similar decorations for the chapel of the English royal family at Sandringham; the beautiful processional cross he gave to Westminster Abbey; and the great bell he cast in memory of his father—Rodman’s vision, his desire to create something truly grand and lasting, resulted in the creation of things of wondrous beauty.

Unlike his father, Rodman was well acquainted with tragedy. He suffered the early death of his first wife, leaving him a widower with three children. The death of his older brother Thomas in 1908 thrust him into the position of being his father’s right-hand man, a role for which he had hardly received the same preparation. His second marriage ended unhappily with a Paris divorce, and Rodman suffered from debilitating kidney disease during the last eight years of his life.

Among the many tributes at the time of Rodman Wanamaker’s death were ones from a man who knew the Wanamaker family well—the writer Herbert Adams Gibbons. Gibbons was retained by Rodman Wanamaker in the 1920s to write an authorized two-volume biography of John Wanamaker.

Rodman Wanamaker:
A Man Who Made Realities Of His Dreams and Fancies

Rodman Wanamaker was born on February 13, 1863, and entered Princeton University in the autumn of 1881. But he did not graduate until 1886. In college he entered into many activities. . . . He sang in the choir and was a member and business manager of the Glee Club.

Shortly after graduation he entered his father’s business, and was married to Miss Fernanda Henry of Philadelphia. He went to Paris as resident manager in 1889, and lived abroad for more than ten years. Courage and vision, as well as shrewd business sense in buying, enabled him to take advantage of a unique opportunity during the period of rapid development and change in the conditions of retail merchandising in the United States. He believed that Americans could be educated to buy

in a general store the finest goods that Europe had to offer. He kept sending over the best that France had to offer in women’s modes, hangings, decorative articles and furniture. The results justified this belief, and when his father purchased the A.T. Stewart business in New York in 1896, the possibilities of the field in which he had become a pioneer suddenly increased. His belief that Americans would buy the beautiful and the unusual for the home as well as for their own personal adornment revolutionized department store merchandising. He would buy nothing that was cheap or gaudy, or that appealed simply as a good purchase. He strove for quality; and his taste was exquisite and unerring.

When he returned to be in closer association with his father and older brother in 1899, he retained Paris residence and the contacts he had formed during the years abroad. After the death of his brother Thomas [1908] and the retirement of Robert C. Ogden, Rodman Wanamaker became his father’s chief lieutenant. Before John Wanamaker died he turned over to the son all his holdings in the common stock of the two stores. As John Wanamaker had been the sole owner of the business, with his death in 1922 the complete control and management passed from father to son. No other retail merchandising business on so large a scale in the whole world was in the hands of a single man.

Unlike Father, Unlike Son 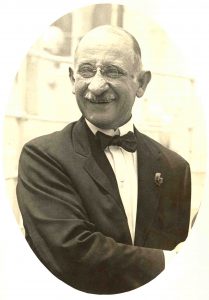 Like his father, Rodman Wanamaker always had many outside interests, but they were of a different kind. John Wanamaker devoted himself to the church throughout his life, and was an active factor in municipal, state, and national politics for a long time. Rodman Wanamaker, naturally of a retiring disposition, was not a churchman. Nor was he a good mixer. He did not care for politics. He never made speeches. Except for a brief period in New York when he acted as Chairman of the Mayor’s Committee on the Reception of Distinguished Guests, Rodman Wanamaker was never seen taking a prominent place, as his father had done, in public gatherings and social functions.

The life he lived outside his business was almost that of a recluse. His great conceptions he worked out through others. His passion was the cult of the beautiful. He made his stores artistic centers. In his homes he surrounded himself with beautiful furniture and priceless tapestries. He loved to buy jewelry. He spent much of his time in the midst of books. He collected rare musical instruments, and having brought them together, was delighted to have them used, and give the public the pleasure of hearing concerts on the instruments of the masters.

Business he never thought of as a means of accumulating wealth. To him, as to his father, retail merchandising was a fascinating adventure. Through loyalty to his father he never let any credit be given to him for the increasing success and expansion of the business.

Quality and good taste in merchandise, accuracy and attractiveness in advertising, elegance and harmony in display he would have at any cost of endless labor to himself and his associates. In his own quiet way, he went to infinite pains to care for the physical and moral well-being of the thousands who worked for him. He was intimately acquainted with their activities. . . . He loved music and pictures and flags and uniforms, and this love he instilled into and shared at all times with those who worked for him. In both his great stores he shared this love also as far as it was possible to do so with the general public.

From the time that Rodman Wanamaker was a Princeton undergraduate until his death he was able to make realities of his dreams and fancies. Once he had an idea he would mull over it for years and something wonderful would always come of it. This is because he believed in the things that he was doing. Despite frequent disappointments, largely due to the indifference or unimaginativeness of others, he carried many amazing things through to completion.

To illustrate, his faith in the possibilities of aviation led him to start to lay plans for the conquest of the Atlantic back in the days before the World War, when other pioneers in aviation were not ready to see so far ahead. Orville Wright, to cite one name, called Rodman Wanamaker’s idea of a trans-Atlantic flight “impracticable and foolhardy.” But Wanamaker persisted. His first “America,” which was wrecked in a storm, was the largest airplane ever built in the United States. His second “America” was purchased by the British Admiralty when the outbreak of the World War made an attempt at flight impossible. His third “America,” in 1927, met with an accident, just as it was ready to take off before Lindbergh and Chamberlain 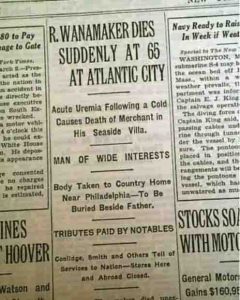 started their flights. For all that, the “America” made a new page in the history of aviation when Commander [Richard Evelyn] Byrd piloted it, with three companions, from New York to France in the early summer of 1927. . . .[Details are HERE].

His knowledge of international affairs was vast, and few Americans possessed his broad comprehensive vision and his keen sense of reality in the study of international relationship. His thirty years of effort on behalf of the American Indians stands beside his achievements in aviation and the promotion of international good-will. . . How great a hold he had upon the imagination and affection of the people of Philadelphia and New York was shown by the newspaper comment at the time of his death, and by the sincere mourning of all who had known him and worked with him.

1/4 scale-model of clock of the Cathedral of Strassbourg, now on display at the Franklin Institute in Philadelphia.

In 1908 Rodman Wanamaker initiated the Wanamaker-Millrose games, which became widely known as perhaps the most prestigious indoor track-and-field event in the world. They are now held at the Armory in Upper Manhattan. (Millrose was Mr. Wanamaker’s country estate near Jenkintown, Pa.) He also inaugurated the Wanamaker Mile, and reportedly began the tradition of playing The Star Spangled Banner at a sporting event.

He purchased more World War I bonds than anyone else in the United States, and generously allowed the use of his residences for the war effort, “virtually putting his enormous wealth at the disposal of the United States.”